I’ve tried to do a couple of album listening clubs through the years. First time was about 15 years ago when I worked at a backup software company in California. After a lunch discussion about the merits (or lack thereof) of late-century R.E.M., my friend Pat and I had the idea, similar to a book club: Pick an album, listen for a week, and then get together to discuss it: history, what we heard, where it stands, how it compares, why we like it – or why we don’t. Unfortunately, the idea never got past the listening stage. I tried again with my friend Josh at another company recently, but we were never able to connect.

I was browsing through my twitter feed the other day when I came across this tweet from @Tommypenn:

Twitter- do music clubs exist? I mean, people listen to the same record for a week, meet up and discuss it together. Is that a thing? — Tommy (@Tommypenn) June 23, 2014

I replied that I’d tried it but it didn’t quite work out. It then occurred to me that freeing the discussion from a set place and time might be the way to get good participation. People around the world could listen and comment on the club thread, respond to other comments, etc., whenever they had the time. 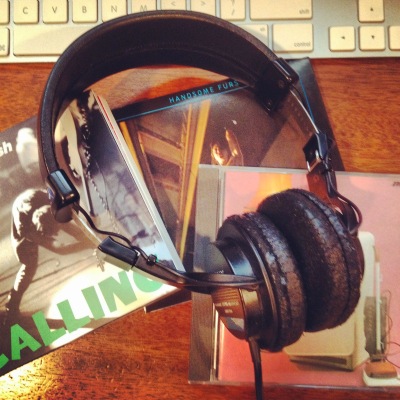 So, here we go! There is a survey below for you to fill out, assuming you’re interested in playing along, and a form to join the album club e-mail list. For now this list will also subscribe you to the general Your Older Brother newsletter list, but seeing as how I don’t have a newsletter yet, this will be the only mail you’ll get for now. I’ll let you know when that’s going to change.

I’m open to other ground-rule suggestions as well, these are the ones I came up with off the top of my head. Let me know your thoughts in the comment section after the survey! I’ll go over the rules in a follow-up post and the initial e-mail that goes out.

I would prefer that the album be available on iTunes/Spotify/Rdio to allow for the most chances for people to be able to listen. This leaves a lot of albums & artists available, but would take away the chance for obscure albums (like one of my favorites, Blancmange’s Believe You Me) or digital holdouts like AC/DC. (EDIT: Whoops, I guess they’re on the iTunes music store. I guess I meant Def Leppard.)

EDIT: I removed the code for the signup here because it was whacking out the signup on the upper left of the page. So sign up there!

Thank you! Keep an eye out for the follow-up post with the survey results, and thanks for joining! This will be fun.